The archaeological site of Hattusa, former capital of the Hittite Empire, is notable for its urban organization, the types of construction that have been preserved (temples, royal residences, fortifications), the rich ornamentation of the Lions’ Gate and the Royal Gate, and the ensemble of rock art at Yazilikaya. The city enjoyed considerable influence in Anatolia and northern Syria in the 2nd millennium B.C.

Hattusa, also known as Hattusha, is an ancient city located near modern Boğazkale in the Çorum Province of Turkey’s Black Sea Region. This ancient city once served as the capital of the Hittite Empire, one of the superpowers of the ancient world.

For example, in the Amarna Letters, which have been dated to the 14th century BC, the Hittites were regarded by the Egyptians as a major power, alongside Assyria, Mitanni, and Babylonia, and were treated as equals. It has been pointed out that Hattusa was established by the Hatti, the indigenous people who were living in that area prior to the coming of the Hittites. The origins of the Hittites are still a mystery, and they may have invaded / immigrated into Hatti territory, settled, and established their empire there.

During the 3rd millennium BC, the Hatti had established a city state based on Hattusa. At this point of time, Hattusa was one of the many small city states in the region. Another possible city state of the Hatti is Kanesh, which is located close to Hattusa. A trading colony / colonies is / are said to have been established by the Assyrians around 2000 BC, and the name of Hattusa is first discovered from written documents dated to that period of time.

This period of Hattusa’s history came to an end around 1700 BC. During this time, the city was conquered, and then razed to the ground by Anitta, a king of Kussara (a city state whose location has not yet been identified).

The king is said to have left an inscription to proclaim his victory over Hattusa, and lay a curse on the ground the city stood on and on anyone who might rebuild the city and rule there. Anitta has been regarded either as a Hittite king or as a forerunner of the later Hittites. 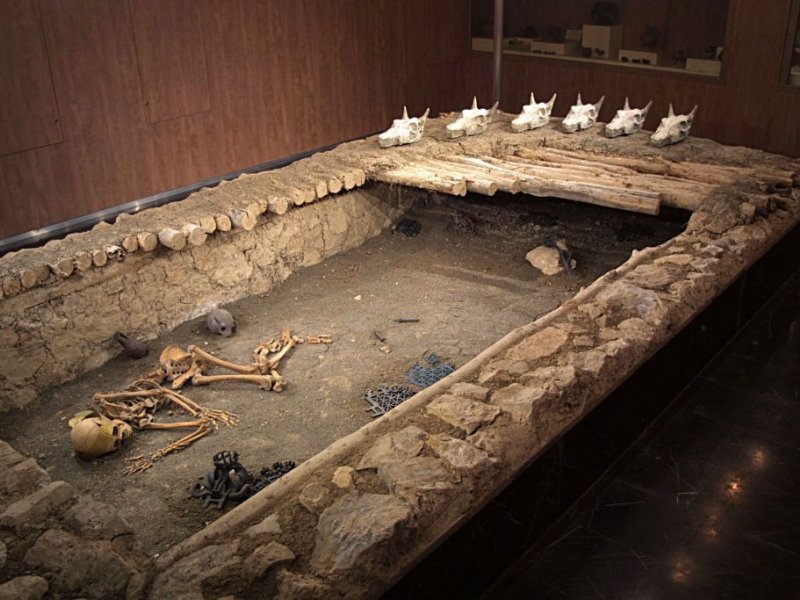