Cappadocia boasts one of the most unique landscapes on earth. Formed over thousands of years, the wind and rain has worn down the soft volcanic rocks to leave a landscape of hidden valleys, fairy chimneys and spectacular rock formations.
The discerning traveller will be thrilled by the visits of the frescoed churches in the Göreme Open Air Museum, the underground settlements of Kaymaklı and Derinkuyu, the Roman rock-cut castles of Uçhisar and Ortahisar and the many other hidden treasures of the magical valleys. A hot air balloon ride at sunrise over this magical landscape is a unique experience and is a once-in-a-lifetime must-do.

Cappadocia, Turkey is the historic area of central Anatolia bounded by the towns of Hacıbektaş, Aksaray, Niğde and Kayseri.

Cappadocia is Turkey’s most visually striking region, especially the “moonscape” area around the towns of Ürgüp, Göreme, Uçhisar, Avanos and Mustafapaşa (Sinasos), where erosion has formed caves, clefts, pinnacles, “fairy chimneys” and sensual folds in the soft volcanic rock.

The Hittites settled Cappadocia from 1800 BC to 1200 BC, after which smaller kingdoms held power. Then came the Persians, followed by the Romans, who established the capital of Caesarea (today’s Kayseri). During the Roman and Byzantine periods, Cappadocia became a refuge for early Christians and, from the 4th to the 11th century, Christianity flourished here; most churches, monasteries and under­ground cities date from this period. Later, under Seljuk and Ottoman rule, Christians were treated with tolerance.

Cappadocia progressively lost its importance in Anatolia. Its rich past was all but forgotten until a French priest rediscovered the rock-hewn churches in 1907. The tourist boom in the 1980s kick-started a new era, and now Cappadocia is one of Turkey’s most famous and popular destinations. 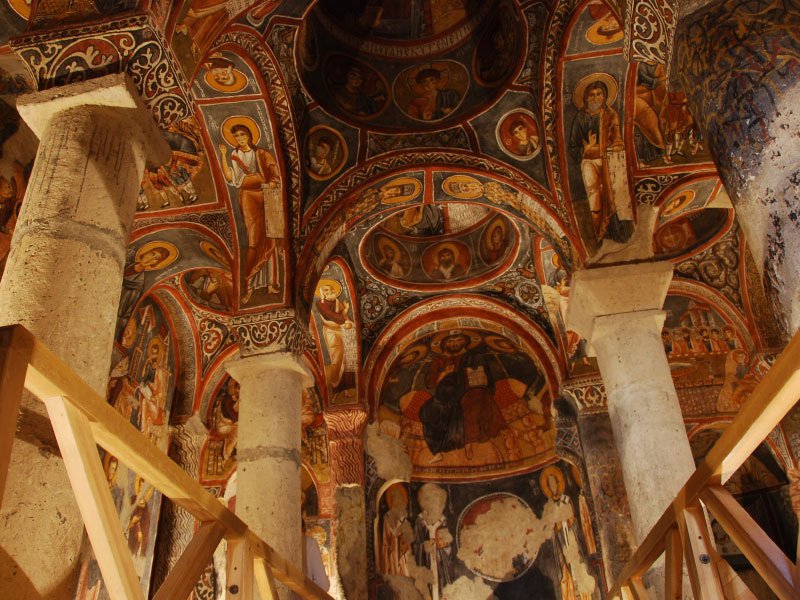 Cappadocia
Cappadocia, “The Land Of Beautiful Horses” can best be seen on the back of its legendary mounts, hor More info
Book now

Cappadocia
Marvel at the surreal rock formations and fairy chimneys in the valleys of Devrent and Paşabağ, visi More info
Book now

Cappadocia
Prepare yourself for the best ”Sunset Experience” of your life. Rose Valley will offer you a fantast More info
Book now